This is 2021, the era of opportunities and possibilities. Still, to open up about your mental health considered to be a shame.

Can visiting a psychiatrist ever be a shame?

Then, we must consider consulting a heart surgeon or a cardiologist in case of any heart problems to be a shame as well. Right, after all whatever it is, it’s also a disease.

People consider themselves to be very literate and educated, then where their so called education goes away when they judge someone on the basis of their depression and mental health.

A lot of people hide their disorders only with a thought of getting judged, thinking that they will be made fun for their mental instability, and this is the worst mistake because in this way they somehow neglect their health, for sake of the so called society they give troubles to themselves.

We say India is on its way of becoming a developed nation, but how to develop the mentality of its citizens, how to make them understand that is someone is consulting a counsellor doesn’t mean that the person is mad, or he is seeking some mental treatment. It’s very simple thing that he is sharing his feelings that he is not comfortable to share with his family members.

We should be ashamed of ourselves if we misbehave with someone who is actually suffering through a lot, we should be ashamed that instead of supporters we are becoming the gap in between those who are going through severe mental health problems and the people of society who denies to support them.

Depression, anxiety, panic attacks, post-traumatic stress disorder, bipolar disorders, the more complication we find in these words, their effects and results are even more complicated.

It’s not really an easy thing to get mood swings, like at one-point being really happy and then suddenly getting irritated and angry.

It’s not easy when you can’t breathe properly, while getting panic attacks. To handle that shiver, fear and anxiety together is very much difficult.

According to one of the reports on deaths by suicide presented by WHO India ranks at the top of it, there are so many reasons of committing suicides, but the most common among all of the reason is the neglected mental health.

REACTION OF SOCIETY OVER MENTAL HEALTH

We often make assumptions for many prevailing mental illness and make a gap for the sufferers which seems to be very much broad to cover up.

SOME COMMON ASSUMPTIONS ARE-

It’s really an important thing that we must burst the myths, and make people realize that mental illness is not a bad thing, it’s just a bad phase of a person’s life that makes the situations very bad.

To heal a person suffering from any health issues is a help in surviving, we must no judge them and instead of judging them we should support them and try to heal them with our presence. 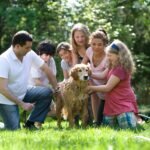